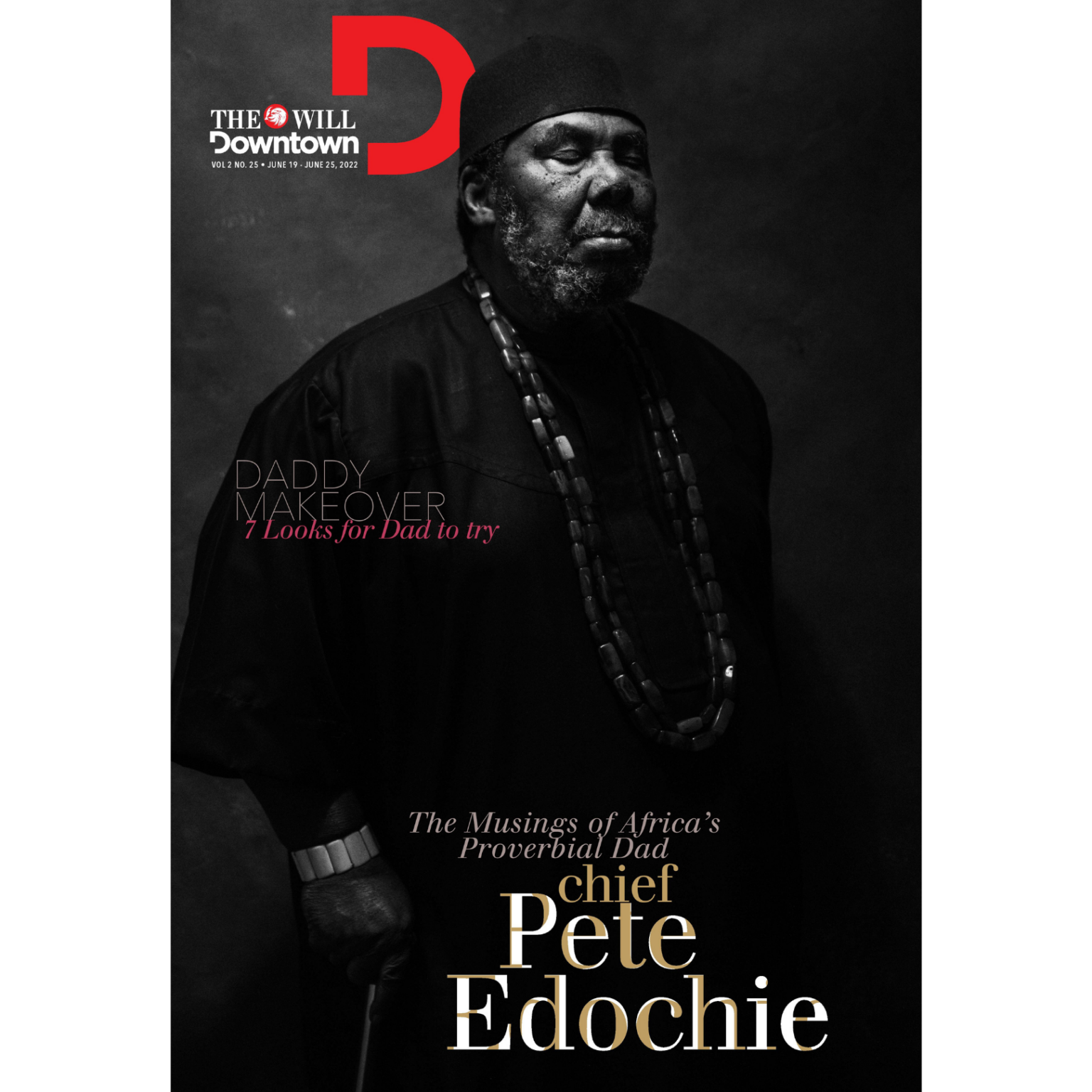 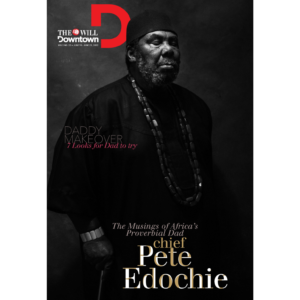 Pete Edochie is widely known for his fatherly roles in movies and his strong belief in Culture and Tradition. He has sparked controversies an ample number of times on social media due to his views on society and family dynamics. To celebrate Fathers’ Day, The Will Downtown‘s editor Onah Nwachukwu speaks with the veteran actor on his life, career in Broadcasting and his transition into Nollywood.

While he is regarded by many as the father of Nollywood, Pete started out in broadcasting and journalism. Speaking on this aspect of his life, the actor talked about the difference between the journalism that was being practiced then and today’s journalism. He described today’s journalism as something that is ‘shallow’ because of the lack of ideology and in depth research from its practitioners. “The journalists we have today have access to all the information they require, but they never attempt to access it, which is why it is very painful. I am not running them down…When I listen, I want to learn…They should research more so that they are some form of fountain of knowledge.” 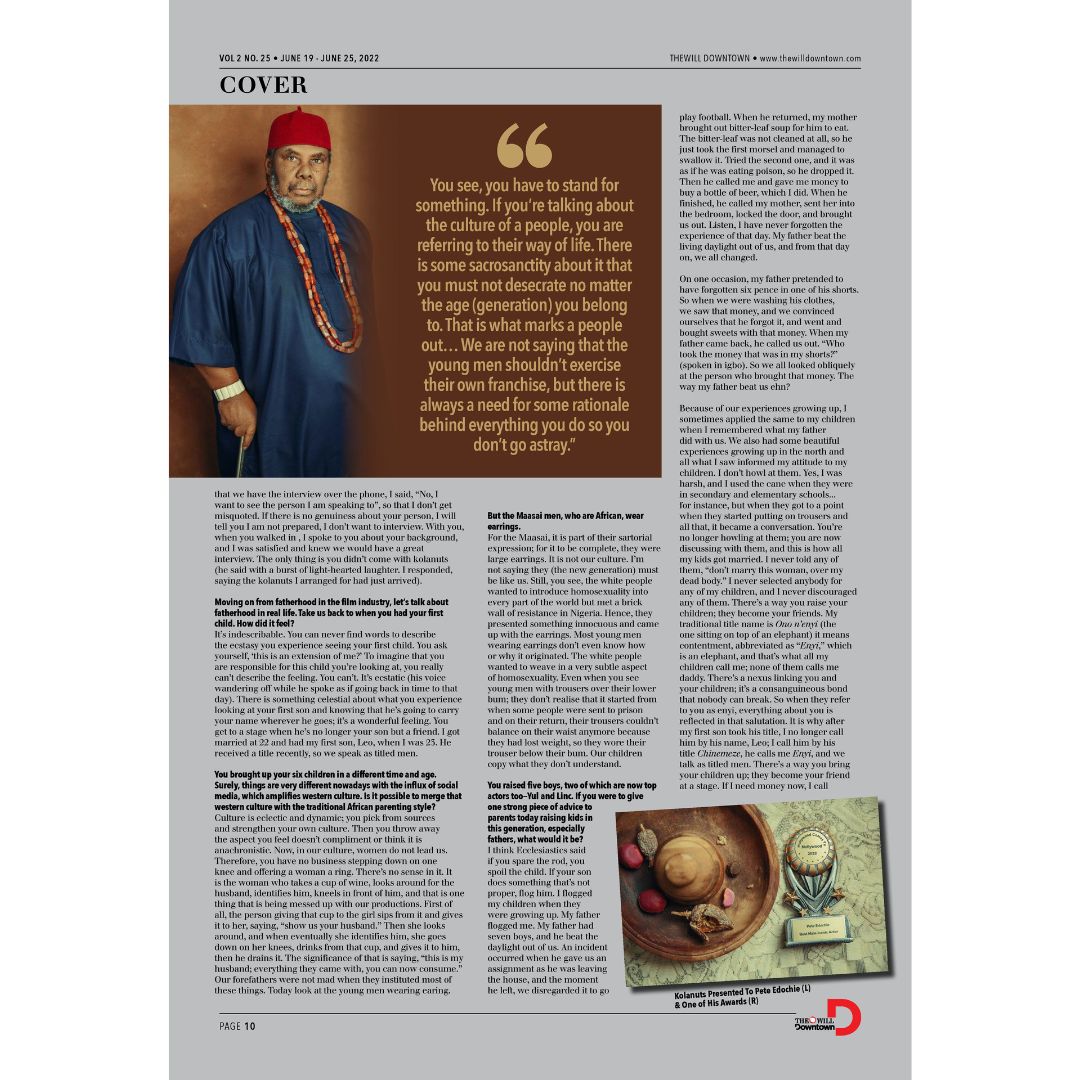 Pete Edochie leads a very non conforming view on culture which he shared in this interview. Whilst admitting that during his ‘heyday’ they were also influenced by the white man’s culture, the veteran actor believes that we should not adapt their culture fully. According to him, culture is eclectic and dynamic and we owe ourselves the responsibility to “pick from sources and strengthen your own culture. Then you throw away the aspect you feel doesn’t compliment or think it is anachronistic. Now, in our culture, women do not lead us. Therefore, you have no business stepping down on one knee and offering a woman a ring…”

He went on to cite an example of the ‘white man” believing a man and his wife are equals, and because we tend to emulate them, the new generation husband would ask his wife for some water when they get home, and she, in turn, would remind him that they both just walked in.” In his opinion, it shouldn’t be that way.

Speaking about Gen Z not conforming to his conservative and patriarchal views, he said, “ I don’t quarrel with young men who are experimenting with western culture like we did. But when you consciously debase manhood by wearing earrings. First of all, you ask yourself what you want to achieve by that? We grew up knowing that earrings were meant for women.”

“What do they stand for?” he continued, “each time people come to see me from outside the country, I bring out palm wine. If a white man comes to your house and you give him palm wine, he has tasted something that is indigenous to you. Going to give him champagne and all that shows that you have nothing to be proud of.” 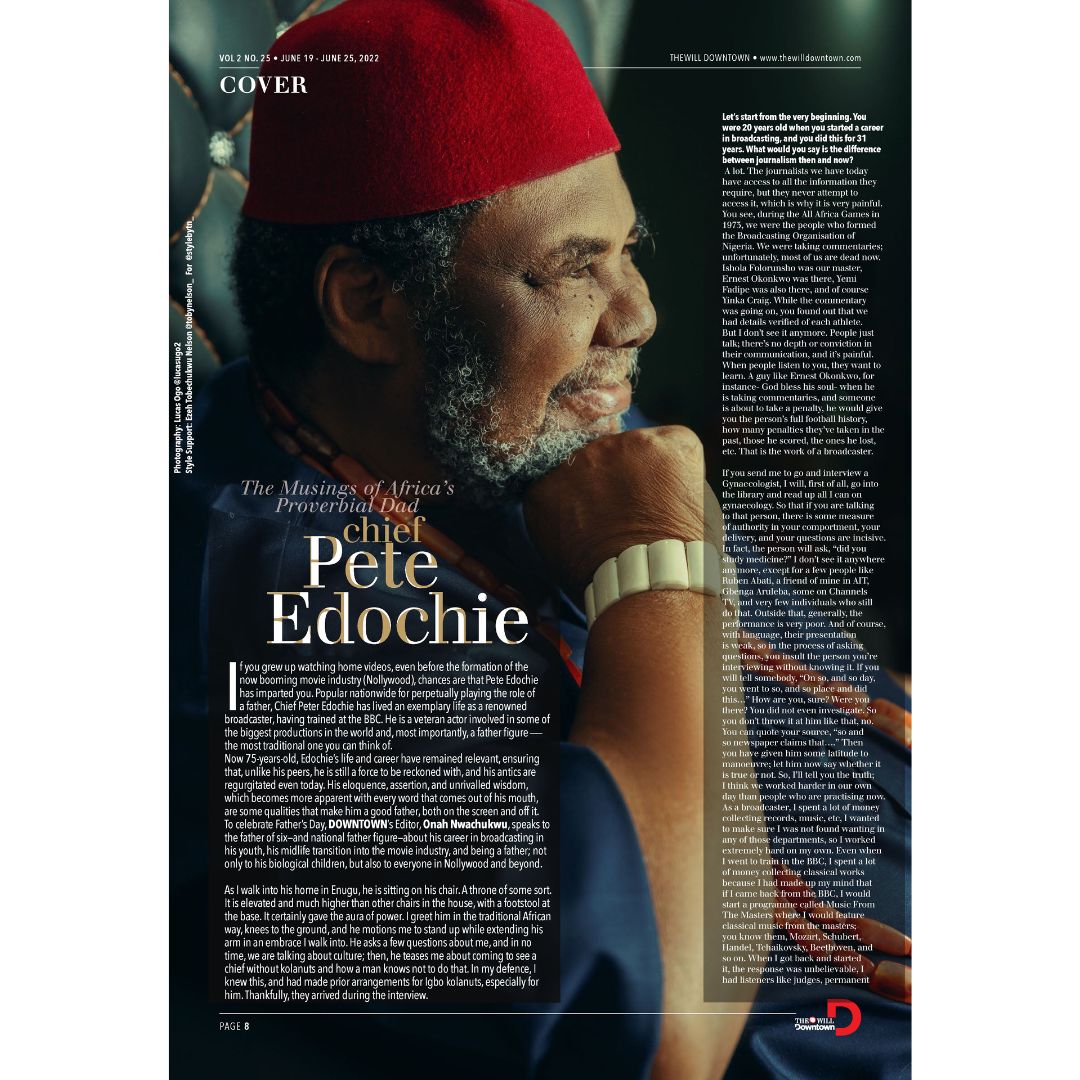 Describing fatherhood, Pete shared a bit of his childhood and how his father instilled discipline and moral values in him and his siblings which inspired him to train his children in the same way. “When I was raising these kids, I left no stone unturned,” he said.

When asked about his views on Polygamy, he said, “If you can cope with it, it’s your business.” Although he is popularly known as Pete Edochie, the veteran actor was born Peter Edochie. Influenced by a foreign broadcaster Pete Myles, he decided to drop the ‘R’ to answer Pete. 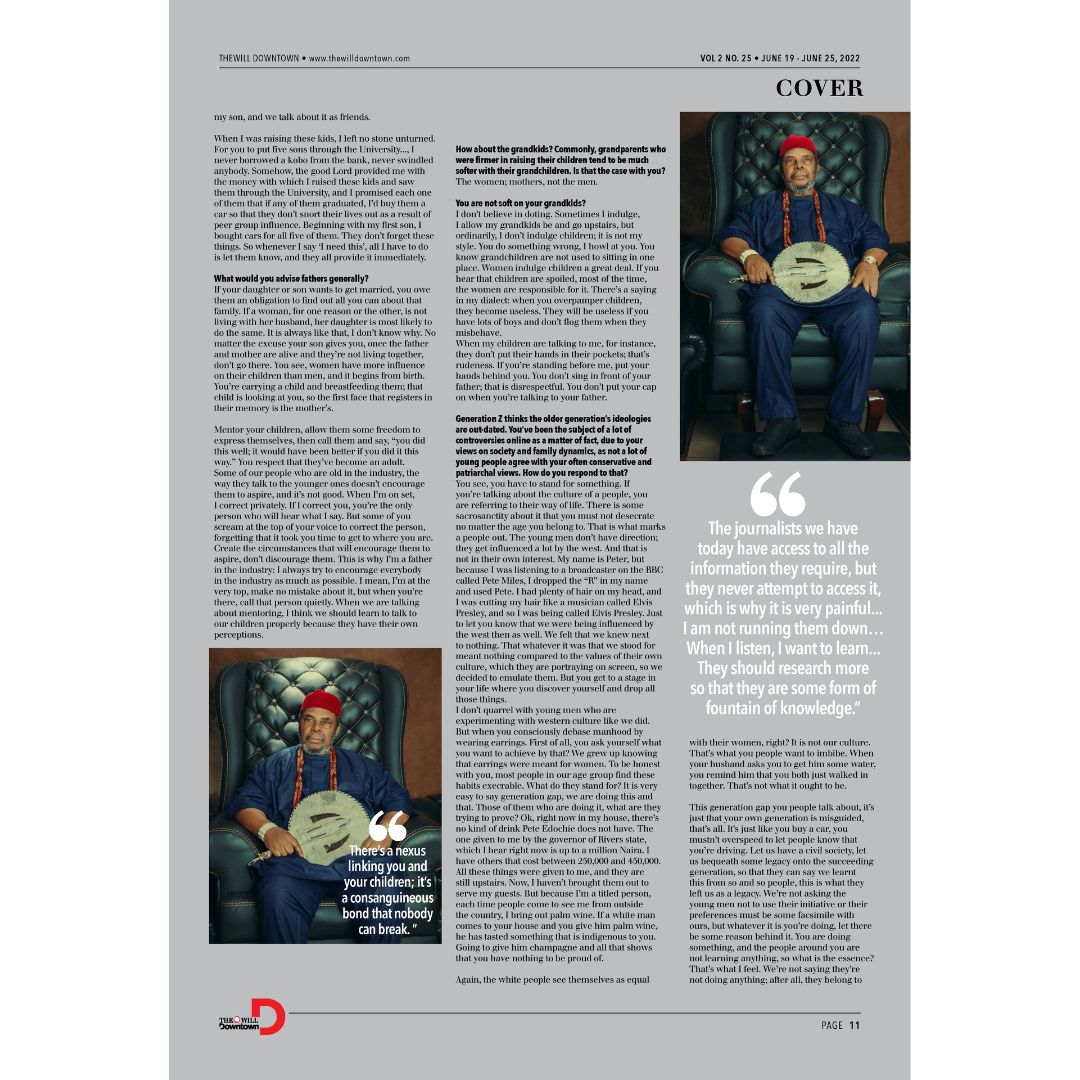