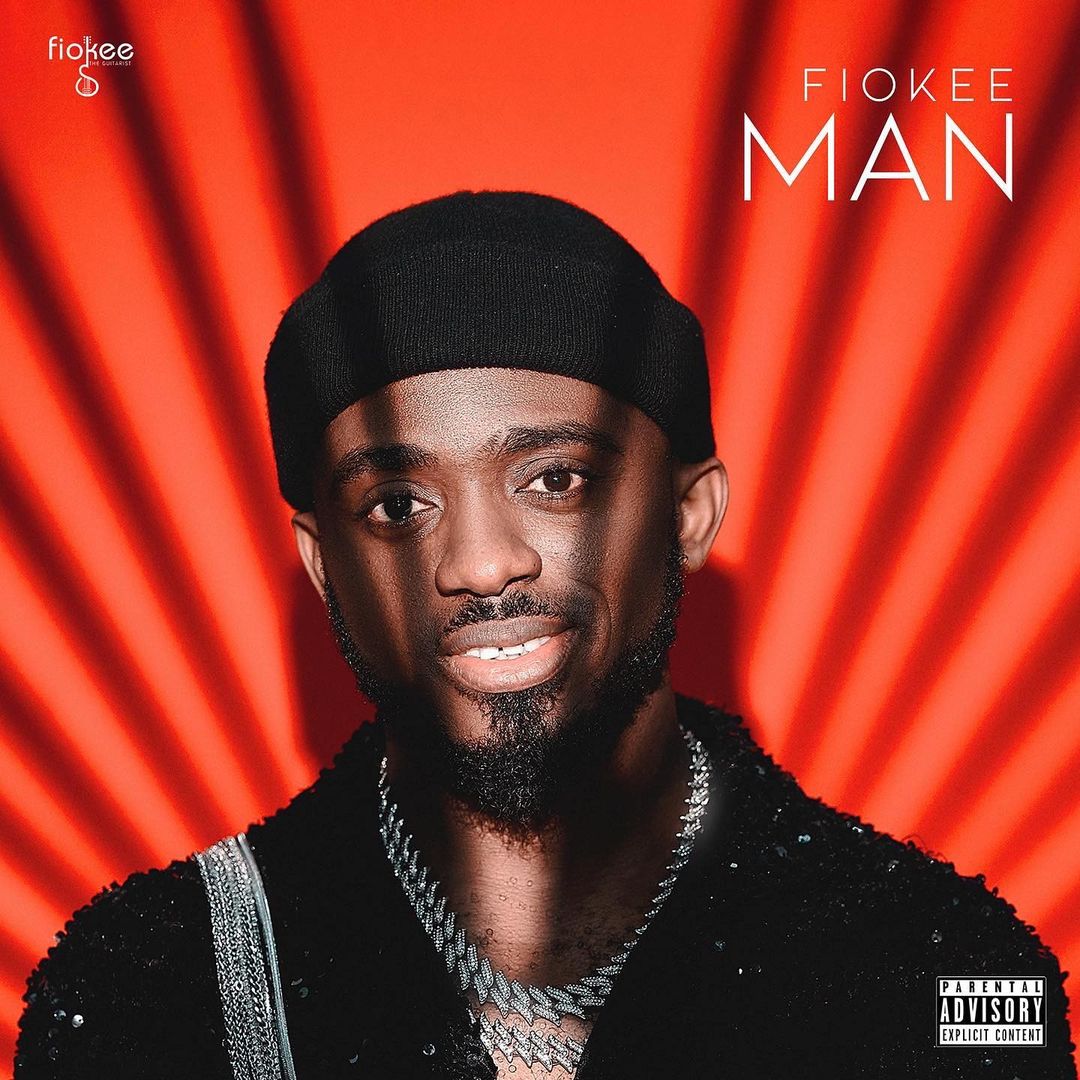 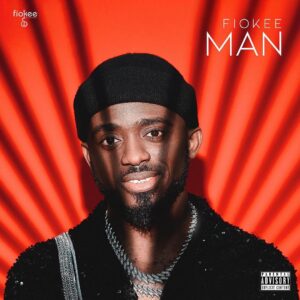 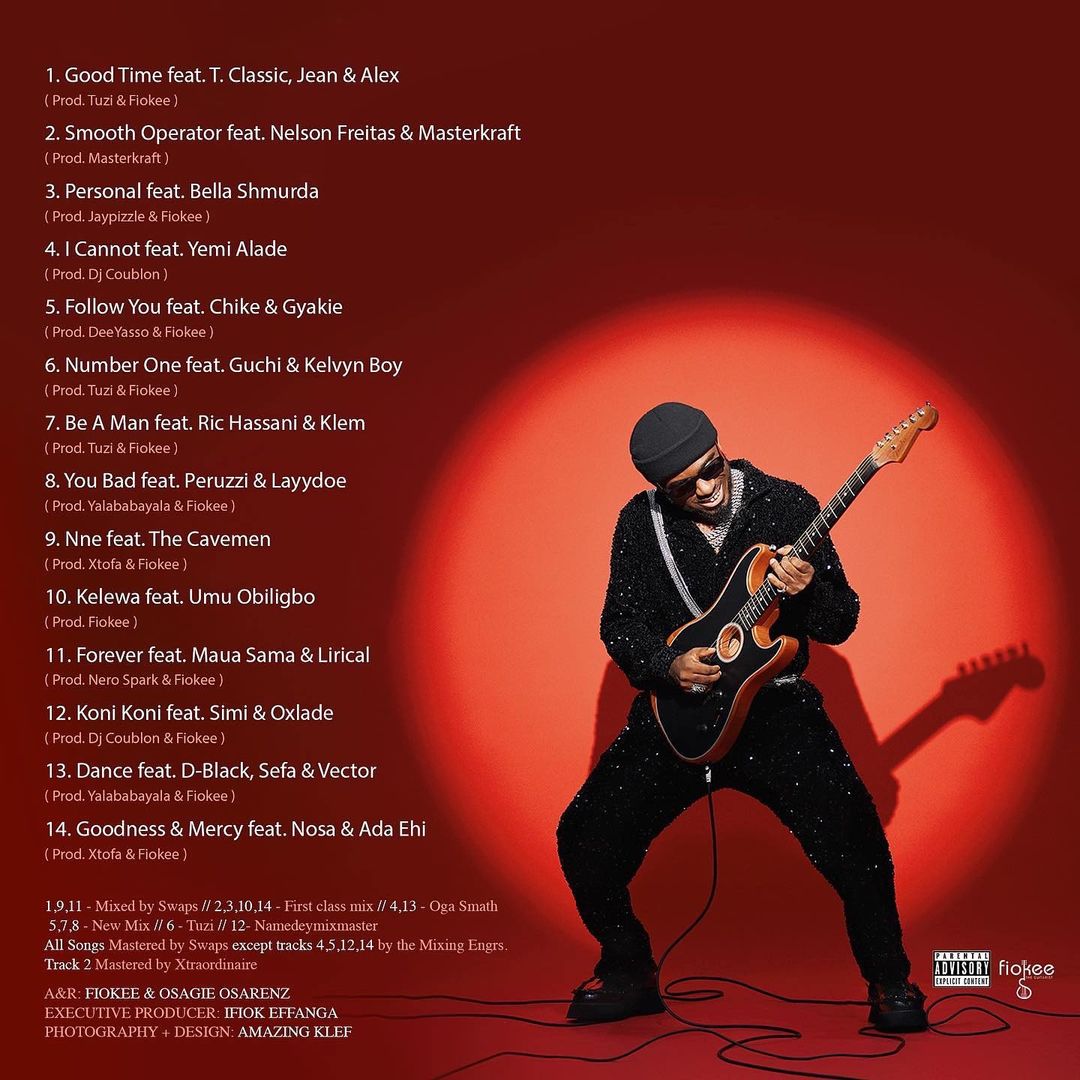 When it comes to storytelling, Fiokee’s melodies are as intentional as the lyricism of his collaborators. From his sharp-fingered staccatos to his legatos, down to his thrills, anytime Fiokee touches his trebly guitar, he travels down a nostalgic, or sentimental narrative. This textbook style of music-making is the magic that is reflected in “MAN.”

On this album, Fiokee stretches the storyline from his array of commercially successful singles, such as “Sweetest Thing (featuring Ric Hassani),” to “Like (featuring Reekado Banks and Tiwa Savage),” to “Dumebi (featuring Davido and Peruzzi),” reflecting the realities intertwined in adventure, treasure or love seekers.

From the first track of the album, one already envisions what to expect as the song dubbed, “Good Time” featuring the Puerto Rican brother duo, Jean and Alex, as well as Nigerian superstar T Classic, is one of the most enchanting project openers in years. The song sets the theme for some light-hearted vocal caressing and is followed immediately by the “Smooth Operator” agenda, perfectly engineered by the Dutch singer, Nelson Freitas, as well as Nigerian sound-whiz Masterkraft.

The album soaks itself in the message, melody, and mood-lifting groove, as Fiokee forays beyond the realms of limitation on almost every song. With non-stop experimentation, he gets “Personal” with Bella Shmurda on the acoustic Amapiano bop, igniting the vibe with his masterful riffs. He sojourns beyond Afro-Pop, Afro RnB, to the plains of Highlife where he taps the fraternal duo, the Cavemen., to serve a soulful bop dubbed, “Nne.” Fiokee’s mastery soars in his ability to make his basslines and outros stand out as mesmerizing mood-lifters; becoming so melodic that they even wrestle with the vocals from his collaborators for attention.

Another gem on this project is its amazing collaborator list. From the crannies of Puerto Rico to the nooks of Lagos, Fiokee harvests the ripest of talents in the curation and creation of this project. It is a neat mix of A-list acts, as well as fast-rising artists with enough magic to match the energy. From the East African Bongo Flava melodies served by Maua Sama to the Caribbean energy doled out by Jean and Alex, to the edgy Street-hop groove from Bella Shmurda to the culturally ‘woke’ highlife fiesta from Eastern Nigerians Umu Obiligbo and The Cavemen., to the emotive love stringing gem from Simi and Oxlade, the entire record flows with the right ‘duet and trio’ chemistry. All the records sound like a match that could have only been made in heaven.

Cohesively, this is a soothing project. Fiokee’s agenda to create ‘happy’ and timeless music continues to trail his discography, helping him never regret the moment he first learned how to play the guitar from a kind-hearted cabbie driver in Lagos. “Man” is a sandwich of dancehall and introspection, being a solid representation of where African music is racing to – being globally relevant and impactful.

With the closing track, “Goodness and Mercy,” featuring the elegant chanteuse, Ada Ehi, as well as the maestro Nosa, Fiokee drops the guitar in a prayerful and inspirational mood. The project feels like a refreshing bath, washing over with awe as you relisten.

Listen to the album below:

Listen to the album on other digital streaming platforms here.