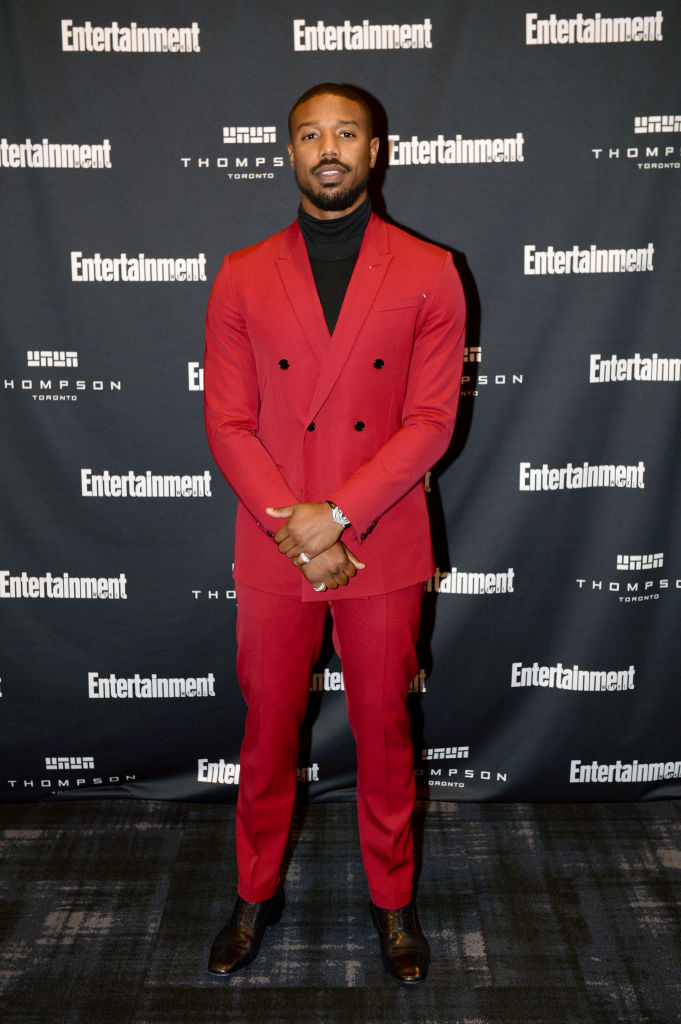 A limited TV series centred on the life of famed boxer Muhammad Ali is coming, courtesy of Michael B. Jordan’s Outlier Society and Jay-Z‘s Roc Nation in collaboration with Amazon Studios.

Although there have been several films made about the life of the renowned boxer including “Ali” and “One Night in Miami“, this series will not only focus on Ali’s life as a boxer but will also take viewers beyond the rings and more into the man who was also a Civil Rights activist among other things. Micheal says that Muhammad Ali’s estate is also a partner on the projects as it will represent important moments of his life.  The series will be written by Josh Wakely,

Micheal took the industry by storm with his character as Adonis Johnson in the movie “Creed“. He also stared in the globally renowned “Black Panther” and recently went viral for his Alexa Super Bowl commercial which had everyone talking. So, it is only natural that everyone expects the actor to play one of his heroes in this coming series, but he will not be taking the lead role because of its close relation to the character Adonis Johnson. “People know Muhammad Ali from his boxing days, but this is an opportunity to go beyond the ring, and more into the man. It’s going to give more of a 360-degree view of who he was. And no, I’m not playing that guy, I can say that for sure, and we are still in early stages here and can’t say too much. We are still putting the pieces together, but it feels like something to look forward to in the future,” Micheal said in an exclusive interview with Deadline.

Micheal added that “it’s a healthy weight to carry, to be able to tell the story of Muhammad Ali. It’s called The Greatest right now and we’re partnered with Roc Nation on the music side of things. It’s a project where we’ve partnered with the estate and we’ll be able to tell this story with no red tape. It’s a limited series that will really dive into the life of Muhammad Ali. I’m not going to be too specific beyond that, but we’ll be able to get to know him in ways we haven’t had a chance to before. I’m really excited about it, as a boxing enthusiast and since this is the world I’ve been living in the past five or six years with the Creed franchise. To be able to honor Muhammad Ali and elaborate on his legacy is something I’m really excited about, and I know Jen and Amazon are as well.”

About the collaboration, Amazon Studios head Jennifer Salke said, “There are certain ambitious artists that come in the door and want to work across Amazon, who see the opportunity to positively impact our business and scale their voice across different parts of the company. Michael was the most articulate on how he could do that very specifically… It’s our quest at Amazon and my personal desire to make sure we are telling the kinds of stories that can entertain and inspire people all over the world. I looked at our slate and realized we needed to quickly escalate ourselves as a home for a curated group of artists who care about that same thing. You can see in the upcoming slate the work that has been done in the past few years that shows where we’re going. When I started spending time with Michael and hearing what he wanted to do, I thought, he’s obviously a hugely talented actor but when I speak with him I feel like I do when I speak to someone like Nicole Kidman. He’s a producer, at heart. He has a huge vision and ambition for what he wants to build. It was directly in line with where I want to go. We had such shared values and excitement over what path to take. It really was about a meeting of the minds. It is such a great fit for Amazon to be a home for him. That’s how it started.”

Read the complete interview on DEADLINE.