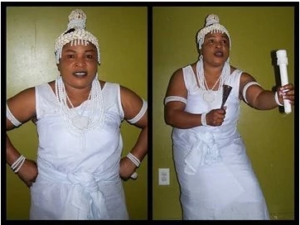 Her death was confirmed by the President of the Theatre Arts And Motion Pictures Practitioners Association of Nigeria (TAMPAN) Bolaji Amusan, known as Mr. Latin.

The cause of her death is yet to be known.

Orisabunmi became popular in the 80s TV series Arelu, starring her ex-husband and others like Fadeyi Oloro.

She played some iconic roles like ‘Asabi’ in “Oluwerimagboojo”, and the priestess in “Ayanmo Eda”