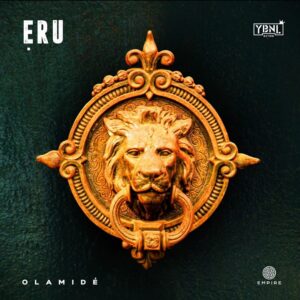 The P.Prime-produced record ‘Eru‘ is a mid-tempo joint that has the regular Olamide effect.

In addition, Olamide has hinted on his forthcoming project expected soon. Recall, he has a project, ‘999‘ EP released few months ago.