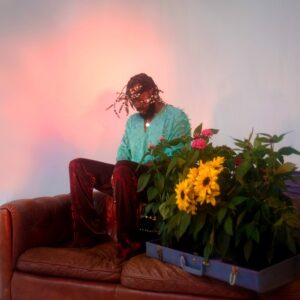 Burna boy just made history with his Twice as Tall Album. The album gathered over 5 million streams on different platforms in its first hour of release and it also has gathered close to 50 millions streams on all platforms at just one week of release. Greatness, if you ask me.

Right now EP by Harry song had the wrong timing since it was released the same date as with Burna boy’s album but the EP is a good one. It’s a prove that Harry song can still sing well enough to please his fans.

BOOM!! Ybnl’s starboy ‘Fireboy just dropped his Apollo album two days ago, and everyone is going crazy at how talented and versatile the young chap is. I mean, Olamide his proud right now.

Just a day after, Adekunle Gold hit us hard with his own album titled “Afro Pop (Vol 1). 💥⚡⚡See, I have not even recovered from Burna & Fireboy, this man added his own. Phew! 😑

Terry Apala two weeks ago dropped an EP, a classic one with top producer Major bangz. Korede Bello popped up few weeks ago after rebrading to give us an EP he titles Table for Two. 👫🏼

Davido is rounding up his third studio album titled A better time. 🎺🎧 WIZKID sef is gearing up to drop his Made In Lagos” album… Brothers, Music is over flowing right now. And when I say music, I mean GREAT music.

Regardless of the Covid-19 pandemic, creatives are cashing out on streams 💰💰

You need to bring it on guys!! No slacking, No dulling. Dont be deceived that the year is fucked up already, it’s not. Get your ass in that studio boot and give us back to back music. Drops mic