Akinmayokun Awodumila (born 28 December 1984), popularly known by his stage name as  May D, is a Nigerian singer, songwriter and dancer who was signed to Confament before now.

The Prolific singer who trended last time over his issues with Psquare has just signed a record deal with Davido Music Worldwide.

The singer who released his last project he tagged “May Day” and has been topping charts made this announcement on his twitter page early  July 18. 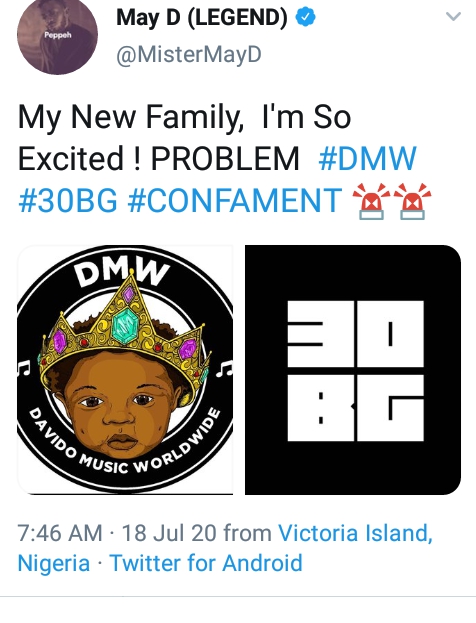 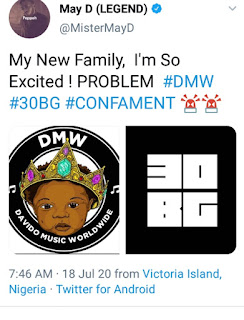