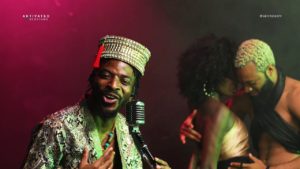 9ice is back with his 9th studio album titled “Tip Of The Iceberg” Episode 1. This is 9ice’s first album release since 2016.

The album which features Olamide, Reminisce and Wande Coal, was released alongside the videos of six singles contained in the album.

The videos are directed by Amazing Klef.