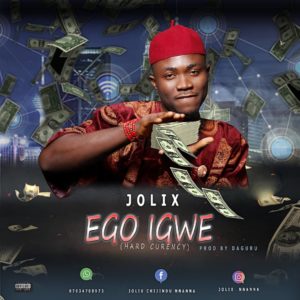 Jolix is a very talented Gospel singer who has released many tracks including You Alone, Faithful and Ego Money (Hard Currency).

Jolix wants his fans to enjoy his music back-to-back which is why he doesn’t joke with his music career.

Connect with him on social media via