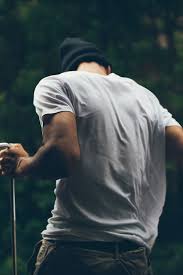 I was involved in an accident three months after high school, it was really devastating to live with. I didn’t know how to act or come to terms with the fact that I am going to have a body that wasn’t the same as it was few months ago… I was one of high school finest, the charisma was good and I was a glamour boy, I had a permanent address in the mouths and hearts of other students, I constantly stepped out at every debate as the lead speaker, not one time did we lose. I made sure I tried all my best to live up to the fine personality I had. Girls in junior class enjoyed calling my name like I was a savior or something. I was low-key worshiped- over the period of time as a student, the connection I had with my teachers was top-class. I was very picky and ended up dating just one of my mates but I had a bigger fish I was kicking it with in senior class.
Slowly, I was loosing my mind, I can tell you that I would have passed UTME without attending any coaching center, but I had to, I was gradually becoming the shadow of whom I used to be, always deep in thoughts, barely associated, I had just gone through a life threatening situation. I joined a coaching center that wasn’t so far from where I lived.

Every class, I sat at the back of the class like the hair sitting at back of your head, I had no friend so to say, even when I met some of my mates from high school, I was extraordinarily passive as a pupil. This went on day after day, week after week until one day when I answered a question in class, nobody had an answer, it was hiding in my mouth, I stood up and started saying the answer slowly, they listened attentively.

…”A round of applause for him” the subject tutor said. I started to answer questions and people began to notice me, they would talk to me but I kept to myself. I couldn’t deal with answering questions from anyone or seeing people feel pity, I wasn’t going to have any of that. Four weeks into the coaching class, I got predegree admission to study history in one of the universities in Afonja. That was the end of the tutorial class and the last I saw of almost everyone that was there.

I had no idea what to expect, it was the first time I was going to be leaving my parents to live somewhere else all by myself. That was when it hit me, I wasn’t so little anymore, I felt good a bit but I didn’t know what to do with me when I leave home. ___Everything I needed was ready, my folks drove with me to Afonja, part from my parents and siblings, my uncle and grandmother came along with me. Once again, they showed me how much they cared about me. The trip to Afonja was really long and tiring, finally we arrived in Afonja, we drove past the major parts of the state and moved on to a remote part of the state, it was a village, a village far from the city, a village that had constant 24 hours power supply, that was the first thing I tried to find out. To each his own.

Before I knew what was happening, I was moving up and down the school premises, getting papers signed, making photocopies, joining annoying long queues, enduring what I’ve never had to. For the first time, I was face to face with bunch of people that I had no idea who they are. My uncle came back from the school hall where students have to randomly pick a paper from a box to know if they’ll get a hostel accommodation, Uncle miraculously picked a positive paper, I automatically got a room, that was solved; I got a place for me, made payment and moved on with my life to do other things.

…….
My pen was missing and I was in need of one to fill a form. “Damn! What’s this again? Do I have to buy another N30 pen?” I thought to myself. As I turned around, I saw a tall beautiful young girl, she had a fine wine shirt like top and a blue faded Jean on. She looked like someone in my age grade and most importantly, she looked like she would have sense and not give me the attitude I wasn’t in need of. “Hey, do you have a pen I can use?” I said, she smiled and looked into her bag that had her files and brought out a black pen, she handed it over to me. “Thank you” I said smiling. Like magic we started to talk about the situation of things, what caught our attention first, was the vice chancellor of the school yelling. He shouted “This people seem unserious, catch some of them and send them home today”. OMG! …who is this one, we had barely spent a day and you want us sent out already? We laughed so hard and ‘smh’ed’. Our parents had started to bond, they talked and laughed about things that were not our concern, I mean myself and Nnwakaego. She was the first person I spoke to in that school and she automatically became family. She became my sister.
Eventually we got done, and left the school, we headed to where we would be sleeping for the night. My parents came with me to the hostel while Nnwakaego and her folks left for a family friend’s house. Nnwakaego gave me her number, that same day I called that number.
The next day came, our parents left town and we were all by ourselves.

thanks for reading! Love always. Next episode out soon.