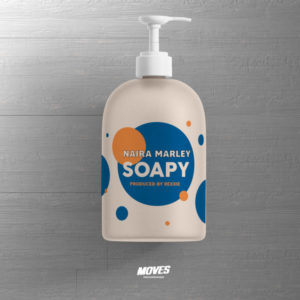 Naira Marley has been so relevant in the music scene after his release from the EFCC custody, he keeps his fan base growing with a new banger.

The new song “Soapy” arrives shortly after his recent visual for “Opotoyi (Marlians)” crossed the 1 million landmark on YouTube.