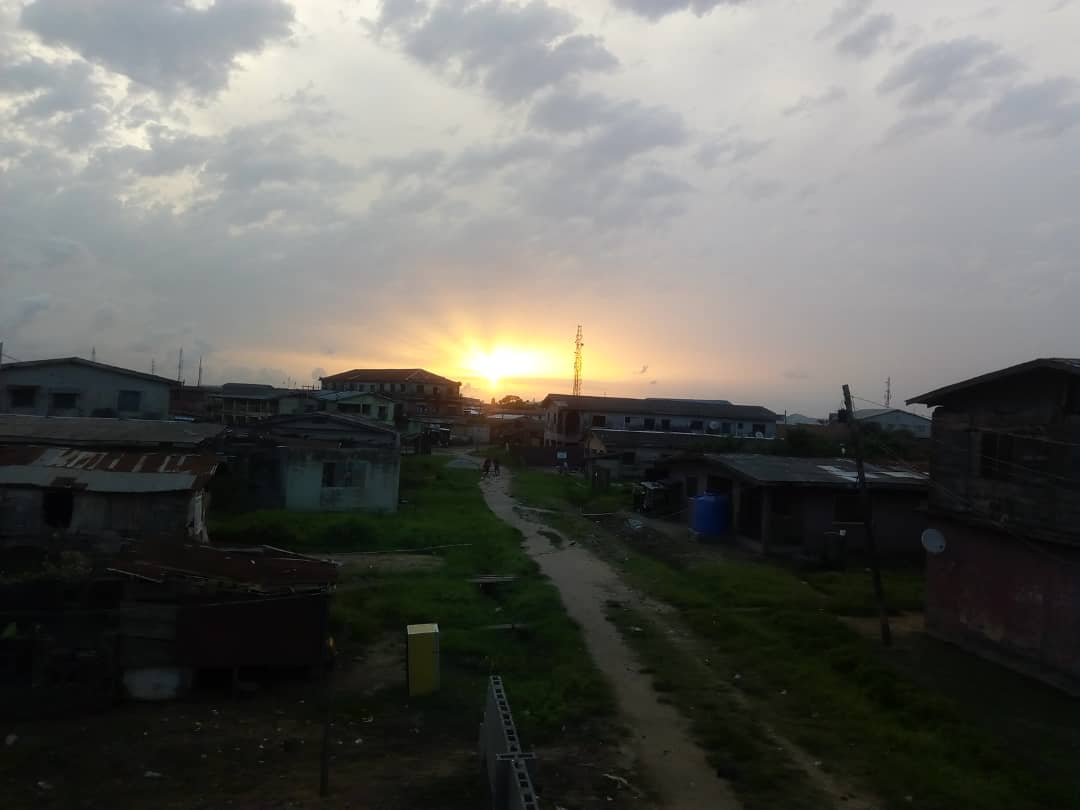 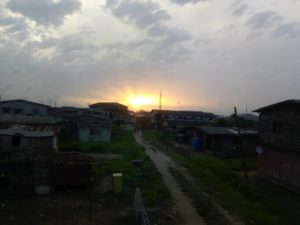 I live in a community where it is okay for single ladies to sleep around, get pregnant, give birth and bring the child (which would in no time turn to children) to her father’s house without a husband.
They would organize a naming ceremony and a dedication service for the child in the church where her mother is a deaconess and tell her congratulations, still without a husband.
It is a normal thing, Funke, Ogechi and Zainab did same last year, abi?
.
I live in a community where every young guy wears his pants lower than his shoes and we call it swag, we call it fashion, we call it the ‘in-thing’.
They smoke weed, it makes them real men. And they take hard liquor, because if you don’t, you’re still a child or better still, a ‘Jew-Guy”. Everyone pass them around street corners and tell them to say hi to their mums.
It is a normal thing, after all Obinna, Laiye and even Jerry T does same, and they are still making waves.
.
I live in a community where the houses are not plastered and the plastered ones are not painted, and the painted ones were painted in the 1960’s.
Everyone is content with a roof over his head, the rest doesn’t matter. So, we live with rats and lizards and chase them with stones and slippers like they are witches and wizards.
It is a normal thing, after all Alhaji did not even paint his house; who am I?
.
I live in a community where there are no drainage systems. So when it rains we think we are in Noah’s days; our children run around in stagnant waters, what fun could be compared to that?
Everyone is content with his pair of rain boots and the bag of sand in front of his house. Let the government come fix our streets ‘jare’ and if possible, our backyards.
It is a normal thing, after all Ajegunle is not that fine but Daddy Lowkey ‘still blow’.
.
I live in a community where safety is a strange word. Is it even a word at all? We sleep with two eyes open, we live with criminals and we fear them like we fear death, in fact death ‘sef no rish’
We try as much as possible to avoid them and do what they want. “Shhh… Lower your voice when you speak of them, you know these cult boys have guns.”
It is a normal thing, after all Wale Sonikan started it, and he is a great guy.
.
I live in a community where street fighting and public disturbance is constant like pepper in a Yoruba woman’s pot of stew; it is no longer something new, therefore no one is bothered.
We sometimes watch Mama and Papa Chuks fight because of money for food, or watch Mama Vera and Mama Olamide fight because Olamide slapped Vera while they were playing, or just listen to the loud music Papa Suliyah’s plays on the street… It is like the movies and music at the cinema we couldn’t afford.
It is a normal thing, after all ‘fight nor dey kee person, dem even fight wehweh inside bible sef. In fact, bible say, “the violent taketh it by force”.’
.
I live in a community where abnormal thinking patterns, character, lifestyles and behaviours is the approved way of living, it is a normal thing. It is a place where when you go to school and return with an upgraded mentality, they say you are ‘forming’; where when you buy a car, you did blood money or yahoo plus (yes, no one can ever be rich by sincere hardworking, so they say); where when you step up and drop the norm, they call you proud and arrogant…
So you might want to ask me how I have survived. How did I break free? How have I managed to live above the order of the day? How have I been so nourished when what was constantly offered to me were crumbs from the table of a shattered system?

Well, I had a paradigm shift! Something changed in me. A force bigger than I was broke me free from my quagmire. So I lived in a local community but had in me a Global Mentality. How amazing could that be?
.
What are those normal societal laid down patterns that have overtime locked you in the quadrangle of its own? It is time to break out of them; because, truth be told, IT IS NOT A NORMAL THING!
@williamsxploitz

Adenike – Her Story, Your Movie, His Glory (I)