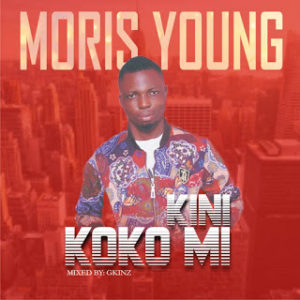 Moris Young, a 100 Level Student Of Olabisi Onabanjo University (OOU) is a sensational afro beat singer and music performer known to be versatile with his brand.

Here is another hit single from Moris young which was titled “Kini Koko“, this song is an infectious afrobeat melody laced with rhythmic verses which is pretty easy to sing along right after the first listen and it also guarantees an endless need to hit the replay button whenever the song comes up.

The song was self produced by Moris young and engineered by G Kinz.