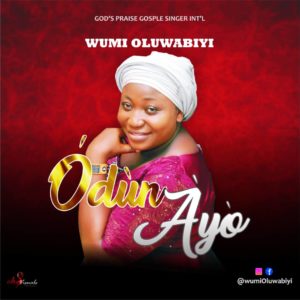 Wumi Oluwabiyi known as wumi Gods praise is a Nigeria Gospel singer, a song writer, a composer and a worshiper. She came into limelight with a song the song God is not a man which is a sound track to a Christian movie titled WHO’S FAULT 2014 n released her first album in July 2016 titled OJO OGO n now in this month of march 2019 Released another single track titled ODUN AYO