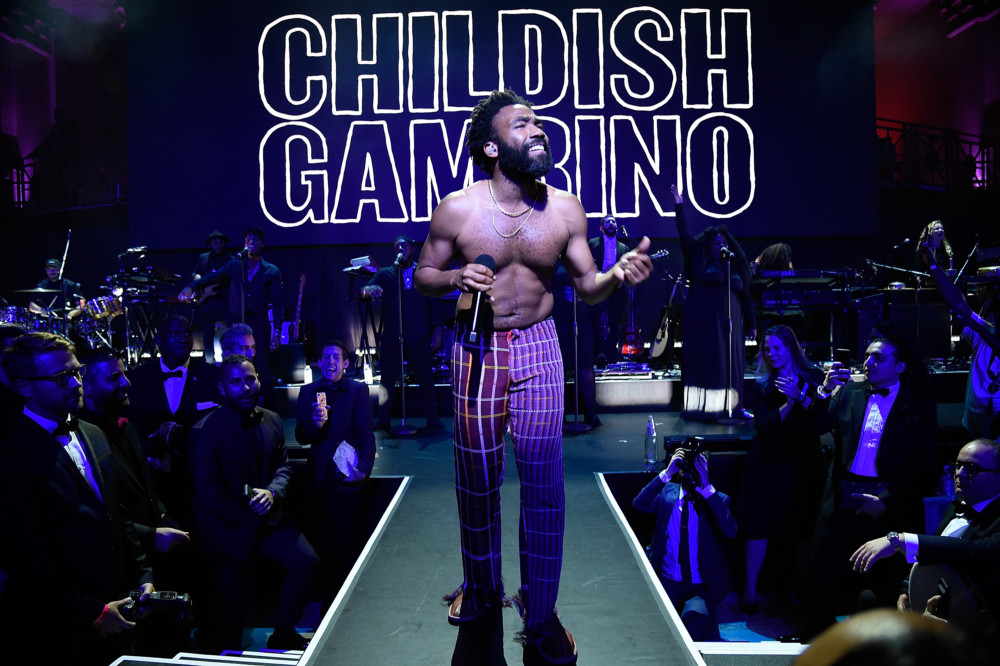 US rapper, Childish Gambino made history at the 61st Grammy Awards after his controversial song, “This is America” became the first rap song to have won the “Song of the Year” category in the history of the award.

“This is America” edged out fellow “Record Of The Year” nominees: Cardi B, Bad Bunny and J Balvin (“I Like It”), Brandi Carlile (“The Joke”), Drake (“God’s Plan”), Lady Gaga and Bradley Cooper (“Shallow”), Kendrick Lamar and SZA (“All The Stars”), Post Malone and 21 Savage (“Rockstar”), Zedd, Maren Morris and Grey (“The Middle”).

Co-producer, Ludwig Goransson along with engineers/mixers Derek “MixedByAli” Ali, and Riley Mackin and mastering engineer, Mike Bozzi also earned a win for their work on the track with Glover.

However, Childish Gambino was not present to receive any of the four awards he won.

Instead, the rapper and comedian was represented by the co-producer of the song, Ludwig Goransson who picked up his awards on his behalf and also gave an acceptance speech.

This is the first time in thirty years that a living nominee was not present to accept any of the major awards they won.

The last time was in 1989 when member of the music duo, WHAM!, George Michael did not show up to accept his plaque.

Watch the acceptance speech below