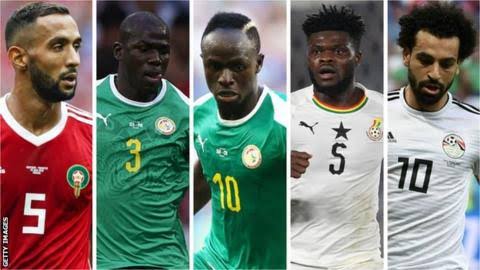 The BBC has announced the five nominees for the 2018 BBC African Footballer of the Year
award. The shortlist was unveiled to football fans around the world during a launch programme in Lagos over the weekend.

Voting kicked off at 1900 GMT on Saturday, 17th November and will run until 2000 GMT on Sunday, 2nd December when the vote closes.

The public can vote online for their favourite player by visiting: www.bbc.com/africanfootball, where you can also find the Terms and Privacy Notice.

The winner of BBC African Footballer of the Year 2018 will be revealed live during Focus on Africa on BBC World News and BBC World Service on Friday, 14th December at 1730 GMT.

BBC News Africa and BBC Sport will also be the online home of social and digital extras, including video profiles.