Is it wrong to be a man who wants to wear a woman’s coats, or I just like the styles and colors of women’s coats better and they let me feel a bit ‘femmy’ and cool?. 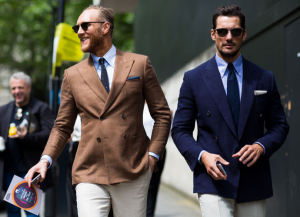 It’s actually not wrong to be a man who wants to wear anything he pleases.

Women’s coats do the same job men coats are made for ,they’re all designed to keep you warm.

One of the main differences between men and women’s coats, jackets is that the buttons are sewn on the left.

Although no one knows why there are positions for the button placement on a man’s dress and a woman’s dress came to dominate fashion. After doing some findings, answer to this fashion phenomena sprouted. According to one of the popular theories, it might have to do with how middle- and upper-class European women used to dress.

“During historical periods like the Renaissance and the Victorian Era, women’s clothing was often much more complicated and elaborate than men’s – think petticoats, corsets and bustles. But while rich men often dressed themselves, their female family members most likely had servants to help them put on their clothes, both out of luxury and necessity. To make it easier for servants to button up their employer’s dresses right, clothiers might have started sewing buttons on the opposite side. Eventually, as clothing became more and more mass-produced, women’s clothes kept being made with the buttons of the left, and the design became standard.

Here are a couple examples of men wearing women’s coats, and they look really good in them. Now ask yourself is it wrong for you as a man to rock a woman’s coat?

One thought on “Is it Wrong to be a Man who wants to wear a Woman’s Coat?”