Earlier today there were unconfirmed rumours of music superstar Davido and his girlfriend Chioma‘s relationship being on the rocks.

TheCable had reported that the relationship, according to an insider, was rocky over allegations of Davido’s infidelity.

Taking to his personal Twitter page, Davido has denied those allegations vehemently, going a step further with a promise to sue to the media organization. 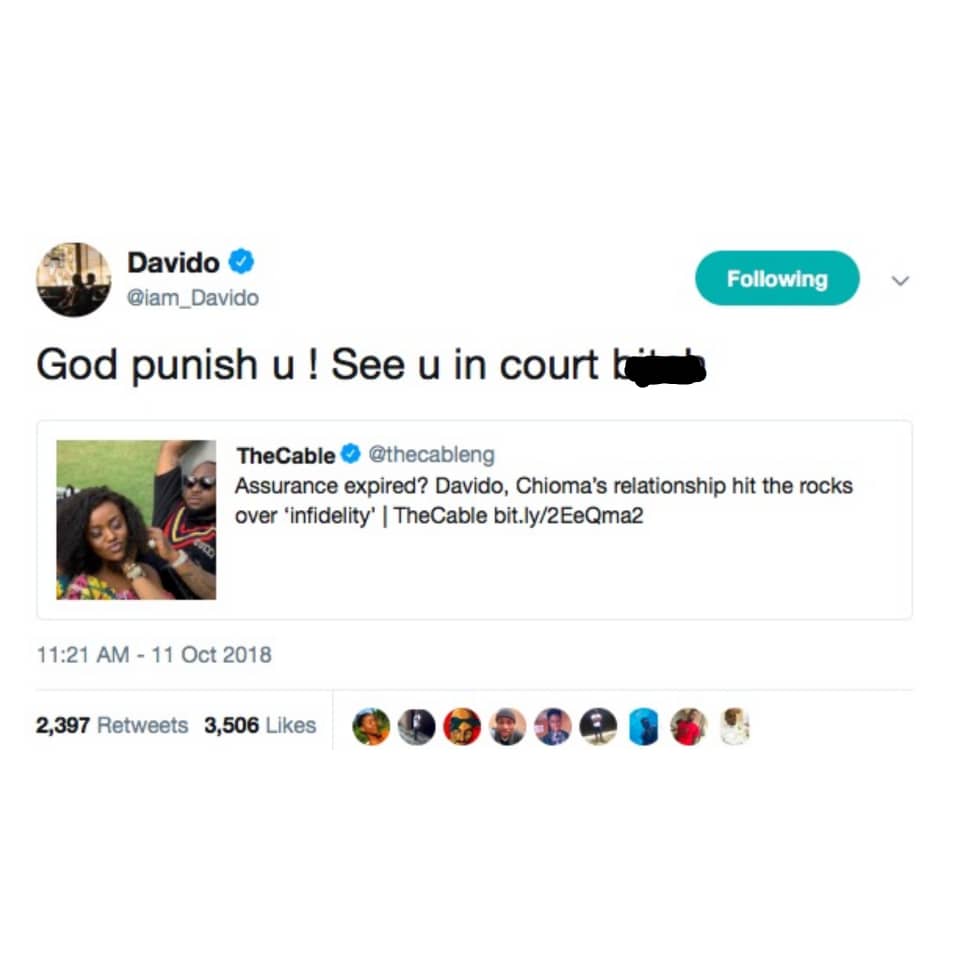