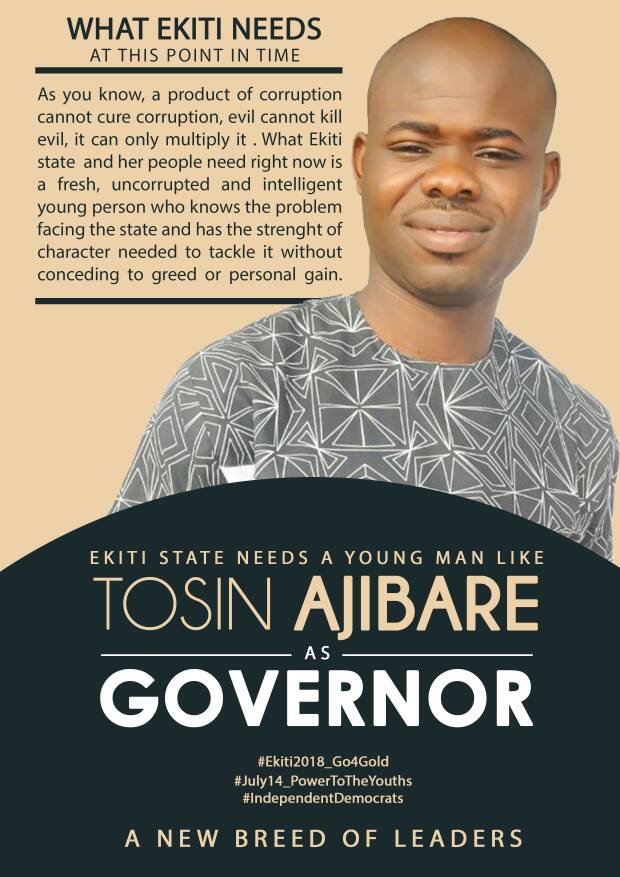 Martin Luther King Jr. once said «Human progress is neither automatic nor inevitable

Every step toward the goal of justice requires sacrifice, suffering, and struggle; the tireless exertions and passionate concern of dedicated individuals.»

As Ekiti Youth, you and I know that seeking justice and defending our values at this point in time come at a cost.

The scary question is, How can we compete with this Polithievians and their billions Spending in support of everything we stand against? Is there even any point in this fight against the other side with their seemingly endless resources?

The answer is: Emphatically YES!

Nothing can stop the truth! We know that our Values— Protecting innocent life from conception to natural death and Hunger.
Freedom— We know that we are on the right side of these issues. In the end, truth and justice will always prevail against lies, deceit, and half-truths.

We need to keep fighting for Ekiti State to be Liberated from this Parasitic Leaders today, tomorrow, as long as it takes. But we can only do this with your help.

Cooperation with Us is needed to reach the Promise land.. With me and you. Ekiti State is on the verge of getting her total freedom through Ekiti State Youth Revolution Team.

The message is Simple.. Let’s join hand to support one of the Masses. Son of the Soil who already killed his Greed and Publicly declare to be Killed if resurrected.

Let’s reject the old recycling Politicians with their Millions they use in Oppressing us.. Let’s bluntly Vote Against them..

Come out of your Comfort Zone.. Stay as long as you can to get your PVC.. Suffer for it now so you won’t suffer for the next 4years..

John Ayokunle Funso Falodun (Jaff) is my name. I have brain and I’m using it.